Granblue Fantasy has soared into the hearts of millions since its release as a browser game for smartphones in 2014, and will celebrate its sixth birthday in March 2020. Featuring Cygames' high-quality art, captivating sound design, and an ever-expanding game system, Granblue Fantasy has continued to charm its fans throughout the years.

Now Cygames has partnered with Arc System Works, known for such popular fighting franchises as GUILTY GEAR and BlazBlue, to bring Granblue Fantasy to the world of fighting games, complete with top-notch game design and one-of-a-kind 3D graphics.

A new game in the Granblue Fantasy universe, available on Steam!

This fantasy game blends fighting game action and RPG-style adventure.
The gorgeous graphics and sound you expect from Granblue Fantasy, with an intuitive game system easy for both console and smart phone gamers to pick up. Throw yourself into matches or enjoy powering up your characters!

*This content does not include digital purchase bonuses for the original smartphone/browser game Granblue Fantasy.

RPG Mode:
The GBVS RPG mode features a brand-new tale set in the world of Granblue Fantasy, fully voiced in both English and Japanese! Play through the story and upgrade your characters and weapons!

Versus Mode:
GBVS features an intuitive yet extensive battle system, with skills that can be activated with the touch of a button, a unique skill cooldown system, and super skybound arts that can dramatically turn the tables on your opponent! Players new to fighting games will enjoy the ease of controlling their favorite characters, while fighting game veterans will be able to experience the thrill of intense, tactical battles! 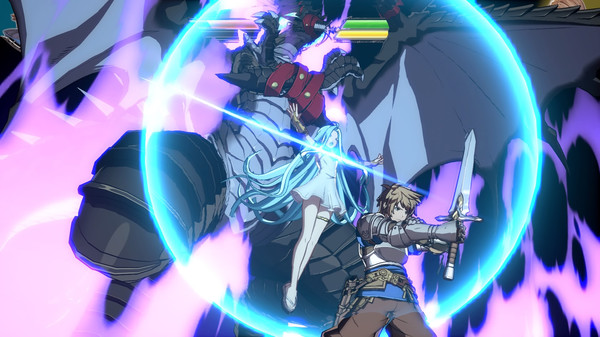 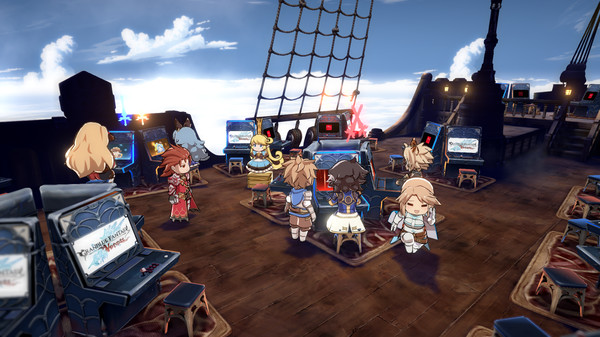 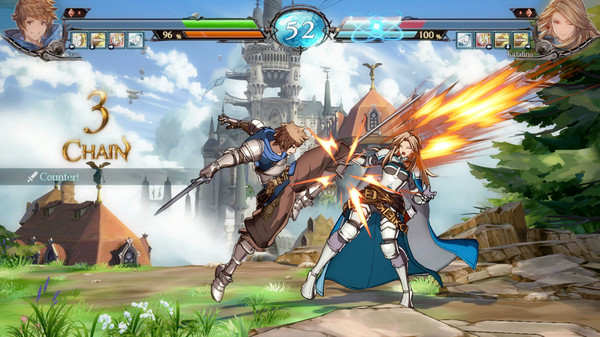 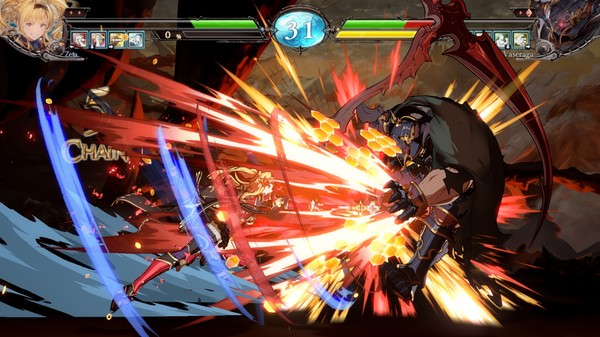 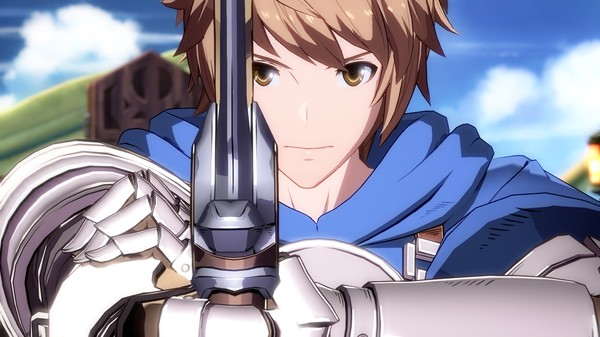 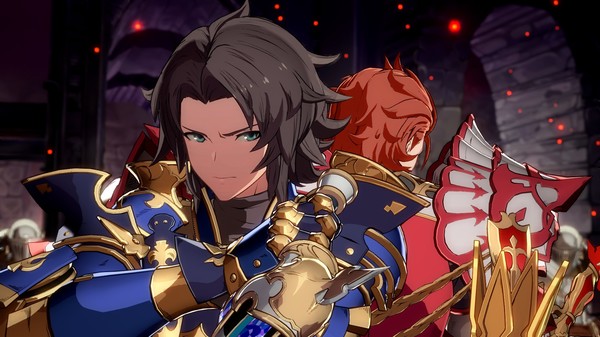 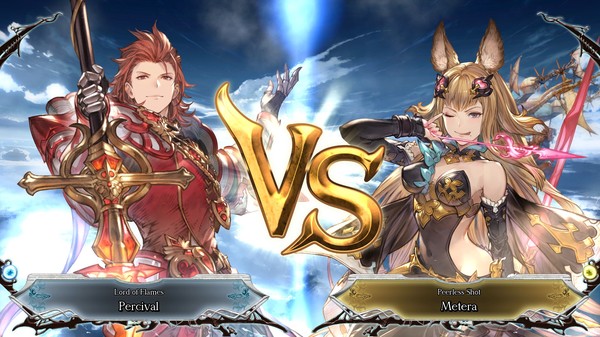