After years of using Obsidian for weapons, one entrepreneurial Blacksmith known as Smithy decided to craft armour with the material instead. This is the prototype that he created, and due to an unfortunate encounter with a Rock Troll was never able to see his work finished.

This weapon was crafted in honour of the late Smithy the Obsidian Blacksmith, made out of the very Rock Troll that brought his life to an early end.

The flexibility of a Leather Suit combined with the protection offered by a piece of armour, this outfit was tailored to meet the demands of the more lightweight and nimble Hero.

Legend tells it that a rivalry between two Blacksmith\'s culminated in two axes being crafted; Ronok the Axe being the most famous, but Axel the Axe being the more powerful. When trying to settle the dispute, both Blacksmith\'s ended up delivering simultaneous fatal blows to each other with their own axes. The world lost two great weapon architects, but gained two incredible weapons.

Said to have been carved aeon\'s before the Old Kingdom, and that it was the template used by the Archon\'s for their Battle Armour. Its original name is unknown, being refered to only by its age instead.

Carved from pure platinum and imbued with the wisdom of a hundred gods, this is one of the most durable weapons in all of Albion.

Wear this to make those around you run in terror! Important Note: this outfit has been unsuccessfully tested on a real Minion, and it does not have the same affect.

Have you ever hoped for a way of keeping a big ego in check? Hope no more, for the Lion’s Head helmet is proven to tame even the most eccentric of egos! Please bare in mind; this will tame the ego, not the tongue.

Created by a tailor with a wasp infestation in his home, he wanted to use this outfit as a way to fool the wasps into thinking that he was their new Queen. Long story short; it didn\'t work.

In a fight between a Minion and a Balverine observed by wandering Traders in Witchwood, it would appear that the Balverine sliced straight through the Minions weapon leaving behind this wonderful piece of weaponry that has since been refined into a single sword.

A Wasp was found in Greatwood impaled to a fence and found by a wandering beggar. As beggars can\'t be choosers, he took this weapon and made it his own.

The Hobbe Spellcaster\'s favourite weapon, this example was found by a wandering Trader in Darkwood and then immediately lost it to a game of Blackjack.

Weapon Of the Damned

A Summoner\'s weapon of choice, this beast is said to be able to cut through flesh from over 6 feet away. You wouldn\'t want to be the poor sod to test that theory though would you.

How can an Axe be Undead, you ask? We don\'t have the answers to that, but we can guarantee that it can create new Undead by removing the living.

The story is told that damage was done to this outfit in a sparring battle with Whisper, although the last man to suggest such a thing didn’t live in Bowerstone for much longer. Lady Grey saw to that.

The Guildmaster is renowned for owning multiple outfits that all look the same. The more fashion conscious Hero would baulk at even the thought of this, although the saving grace is having a Guild icon tattooed on your forehead. That\'s real fashion.

"Something old, something new, something borrowed, something blue", or so the old saying goes. This outfit of Whisper\'s was given to Lady Grey as a gift for one of her many weddings. Which one? Nobody knows.

Refined by the Blacksmith known only by the name of Señor Nando, it took 10 chickens to create this fearsome hammer. For years afterwards he swore that no chickens were harmed in the development of this weapon, although those claims fell apart when a hammer was heard clucking one day.

Rise Of the Fenix

"Dude, that sword is huge", was often the description used for this weapon. The name inscribed into the hilt of the weapon states, "Property of Biffy C".

This Giant Hook was rumoured for many years to have caught the Kraken that lives inside Bargate Prison. The bait was the real success story though; who knew that a living Hobbe attached to a hook could be such a desirable Kraken meal.

Now’s your chance to dress up as the Hero they all love to hate. Or perhaps it should be ‘hate to love’. Either way, when people see you they will scream, now that can’t be all bad now can it.

Cosplaying; the excuse to dress up in tight and revealing clothing. So go on, throw a curveball into the mix – purchase this for a man and get him to shout ‘It’s a Trap!’ when another man stares. Priceless.

Found in the loft of a no longer occupied residence of Hook Coast (for reasons unknown), this outfit is assumed to be the long lost outfit of Maze from the Heroes Guild.

The first weapon planned in a long line of ranged combat weapons. Breathe fire at your enemies, watch them burn!

After Twinblade was defeated in battle by the Hero of Oakvale, this sword was found discarded on its own, so the weapon name pretty much wrote itself!

Big, scary, and is said to follow those that turn their back on it - The Big Boo is known to stab those in the back and release more spirits for it to feed on. 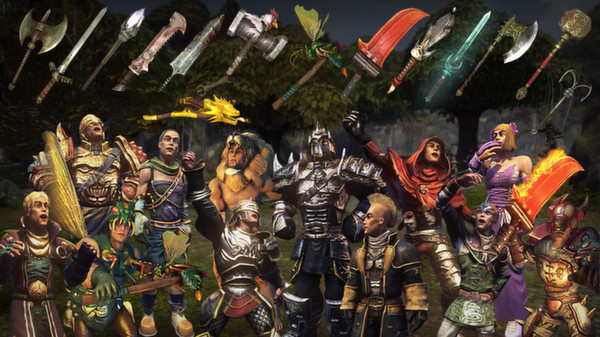 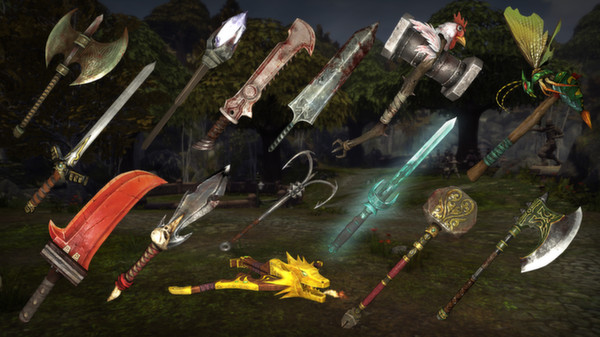 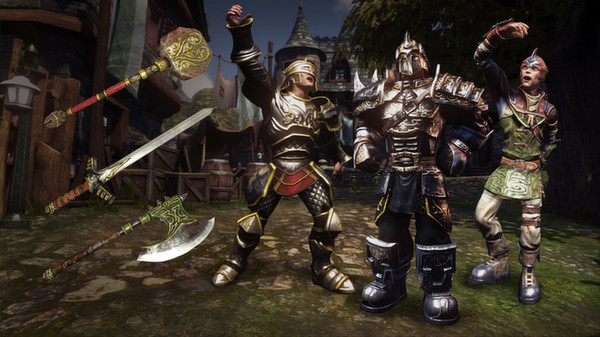 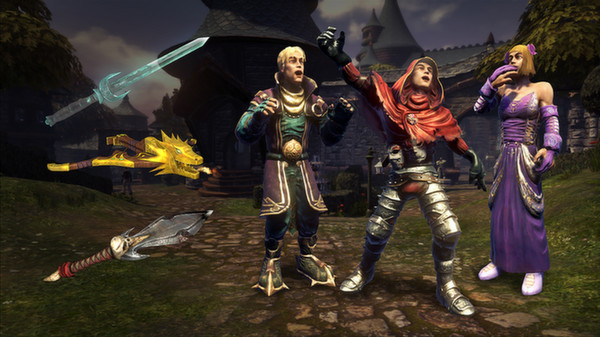 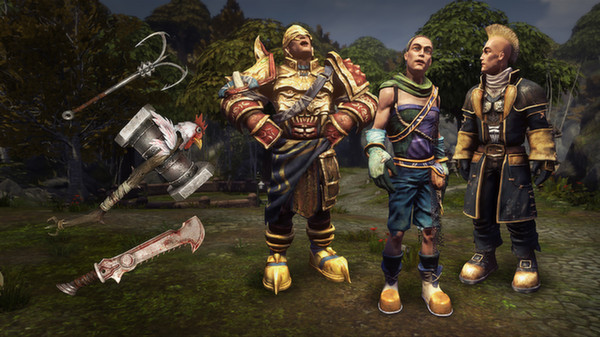 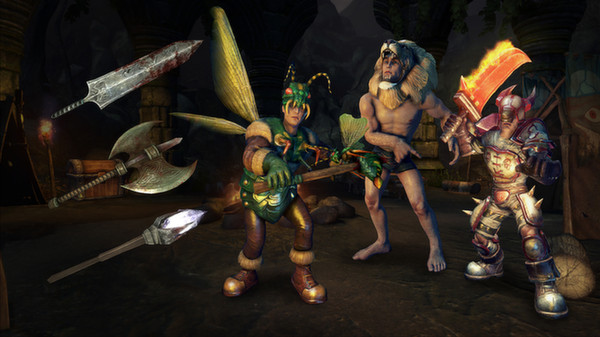