EXPLORE THE EVER-CHANGING BASTIONFour heroes from four different universes, each with their own special skills, have been called upon by the mysterious government of the Metaverse. Long ago, a great cataclysm shook reality and created the Metaverse and its Bastion – a vast and mysterious ship drifting across space-time. Our heroes will board the Bastion with one goal in mind: uncover the secrets behind the cataclysm, stop the Boss, and bring balance back to the Metaverse. Harnessing the power of their space-time abilities, death becomes a minor setback as our heroes will return again and again until this great evil is defeated. But death has a cost; the chaotic nature of the Metaverse will change the very Bastion itself – and no two attempts will ever be the same.PLAY WITH FRIENDS AT YOUR HOME – OR EACH IN DIFFERENT UNIVERSES!Join a band of friends and save the Metaverse together! Metaverse Keeper has both local and online co-op – so you can play together no matter where you are ... whether you're sitting on the same couch or each in your own Universe!BACKSTORY: THE BIRTH OF THE METAVERSEEons ago, in another time and another reality, the civilization of planet Noah was the oldest and most advanced in the universe – so advanced that there came a time where technology allowed the planet's inhabitants to communicate across the space-time continuum ... and see into the future. With the blueprint of the entire Universe laid bare before them, they discovered that Noah was doomed – destined to disappear in a catastrophic event in the distant future.It was then that a hero emerged. Harnessing the collective scientific knowledge of Noah, he claimed he could save the planet – even if it cost him his life. He bent space-time to his will – harnessing the might of these technological marvels – only to cause an even larger catastrophe. The specifics of his deeds, and even his own name, have long been forgotten – but Noah was saved. However, the question remained: At what cost? Space-time had twisted in on itself. Stars, planets, and civilizations across the entire history of the Universe tangled together in a chaotic weave – creating the Metaverse. As an ever-changing mixture of what was, what is and what will (or could!) be, the Metaverse is a strange and dangerous place. However, the so-called hero seemed to have his own mysterious reasons for causing this cataclysm. Since his sudden disappearance, and now ominous return, he became known as the enemy of the entire Metaverse. He became The Boss.TODAY: MEET OUR HEROESNow the Metaverse is in peril again. The Boss is back and threatens to destroy all that’s left of reality. The united government of the Metaverse has called upon new heroes to challenge the looming darkness – and hopefully, restore balance to reality. Four heroes have answered the call. Veterans of countless cosmic-level conflicts, these four have saved their own planets time after time. All bring their own unique combat style, skills, and talents to bear in their attempt to save the entirety of existence.WONG: THE PROGRAMMERA genius hacker who combines tech-savviness and serious hand-to-hand combat skills, Wong’s special skill is the Matrix Shuttle – allowing him to pass through enemies while also dealing damage. Through the use of Chips, he can increase his total health, stamina or damage. ZOE: THE BOMBER GIRLAs a demolition expert, Zoe is knowledgeable about (and happy to use) everything and anything that goes BOOM! Her special skill is the Rocket Leap, which allows her to dodge attacks in a powerful leap and deal damage with both takeoff and landing. With Chips, she can increase the number of bombs she carries and their damage – and she regains HP when defeating enemies with a bomb. BROOKS: THE ROCK STARDon’t be fooled, Brooks is more than just a pretty face and an angelic voice. Wielding the power of "rock 'n' roll" itself, his special skill provides Brooks a dodge with 3 charges that refill over time. He can use Chips to summon extra healing orbs when picking up Hearts of Life, exchange Stamina for HP, and increase his max Stamina or critical damage. HOWARD: THE ASTRONAUTHoward is a veteran explorer and scientist who has spent his life charting the strange corners of the Metaverse. With his special skill, he can teleport forward and generate two portal gates that he can travel between for a short period of time. He can use Chips to summon energy orbs in different situations, increase their damage, and restore shield points.BUT… WHAT ARE THESE CHIPS?Chips are remnants from the old Universe – ancient Noah technology that survived the cataclysm. No one knows exactly how they work – only that each grants different powers. With the energy gathered by discovering new rooms, players can purchase them from Chip Machines and use them to equip various passive effects – or customize their weapons to create more powerful builds that can adapt to different battles, enemies, and bosses. Alternatively, Chips can be used to power a character’s special talents. 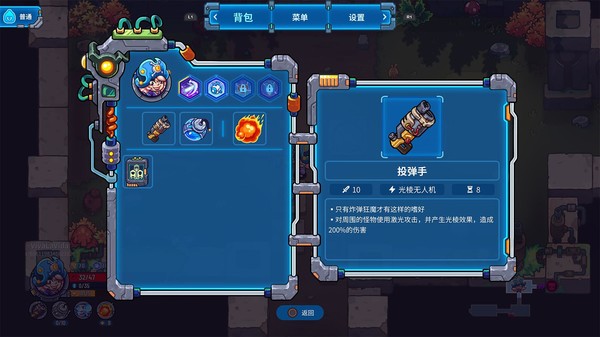 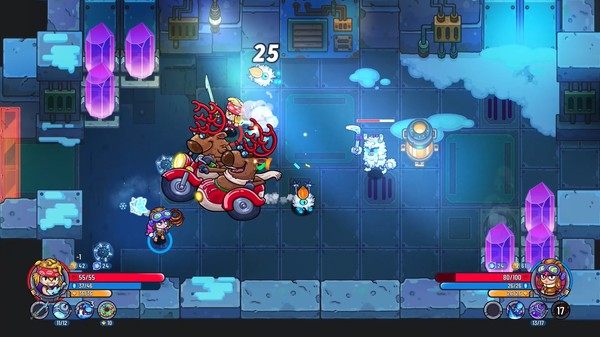 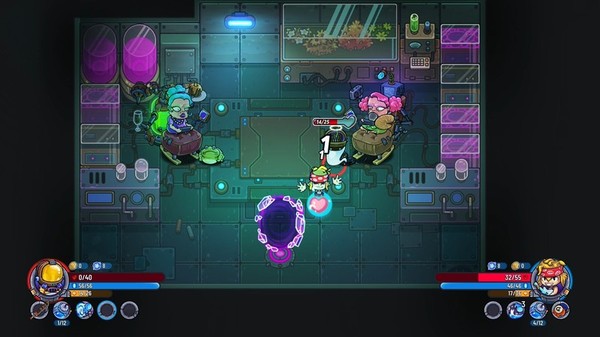 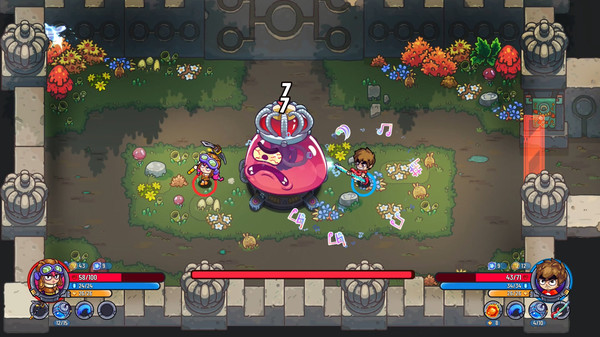 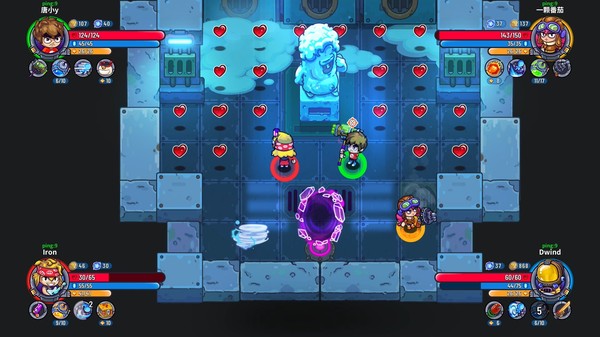 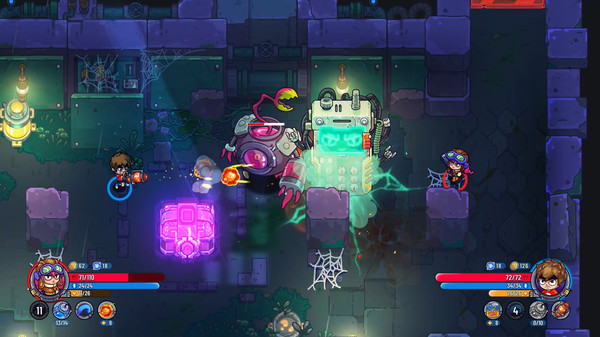 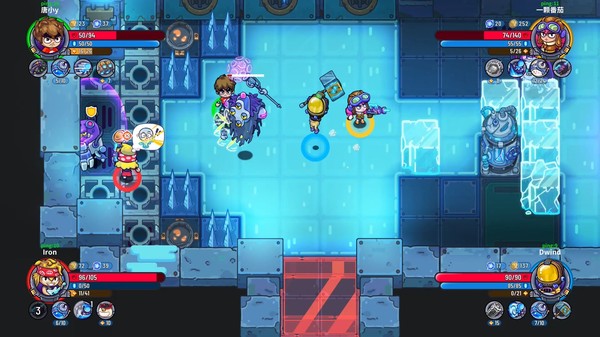 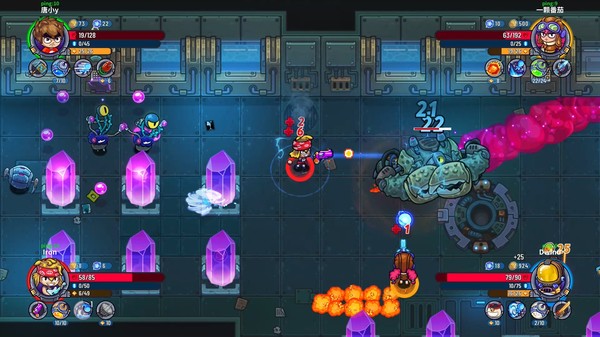 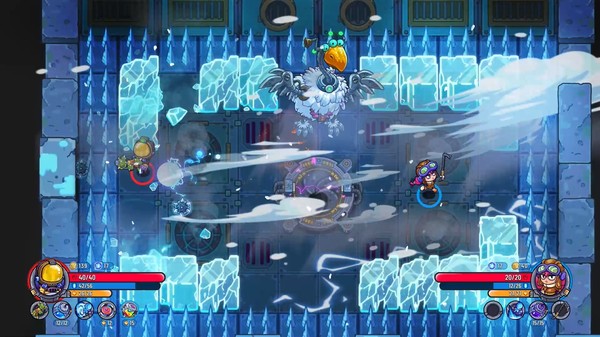 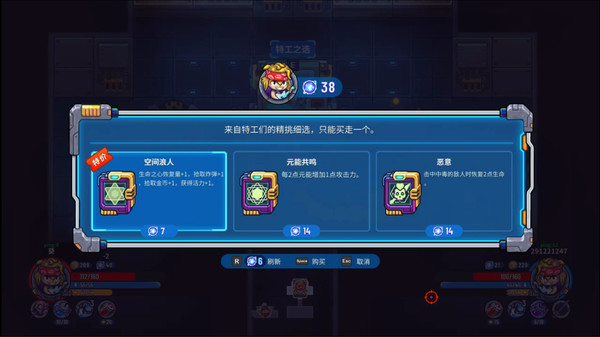