Boring Man - Online Tactical Stickman Combat is the greatest 2D stickfigure shooter you've never heard of. Enlist into the petty armed conflict of Somewhere Land, where a civilization of agile stickfigures fight for their lives with high powered weapons against an evil, world destroying sorcerer, only known as The Man.

Boring Man offers over 70 weapons to choose from.. assault your enemies on a skateboard with a minigun, strap your shotgun to a flying drone and blast somebody's head remotely, or take advantage of the dynamic dual-wielding system where you can combine various weapons to hold in each hand.

Easy to learn, difficult to master

Combined with a horde of weapons, B-Man's in-depth platforming takes your competitive 2D shooter experience to another level. Walljumping, double jumping, rolling.. and a silky smooth collision system so you never miss a beat. Did I mention there's ladder tech? There is lots and lots of ladder tech.

Quantity over quality baby!!! Earn XP to unlock weapon skins.. can you collect them ALL? Brag and show off your super rare finds to other poor saps, or recycle your trash skins for a chance to get a better one. No trading or sketchy Steam economy crapola here! I absolutely do think that's a selling point!

Create your own weapon skins easily with the weapon skin creator, or import custom artwork using the easy to use sprite modding system. Upload your weapon skins to the Workshop to be judged by yours truly, and I might add it to the game officially. (with you credited of course)

Get in touch with your competitive side with the ever-so grueling Team Deathmatch, defend yourself from The Man's forces with your friends in Survival co-op, or fight against the undead horde lest you end up joining it in Zombrains.

Create your perfect Boring Man madhouse with tons of wacky mutators and settings, such as the Corrupted Weapons mutator, which haphazardly randomizes every weapon into game breaking nonsense.

Portforwarding? That boomer network engineer bullcrap?! Not anymore! Host a server from your home network with little to no effort at all with P2P networking.

Make your own maps with the map editor! You can import custom images, take advantage of the advanced logic gate system to make in-depth maps, and even share your maps or download maps made by others with Workshop support!

Cool DLC to buy that pays for the developer's rent

Want even more? Get Boring Man Premium and have extra customization features for your stickfigure soldier, such as hats and colored bullets. Special animated DLC weapon skins are also available. B-Man is NOT pay-to-win, and its developed and maintained by one guy, so no publisher is involved. 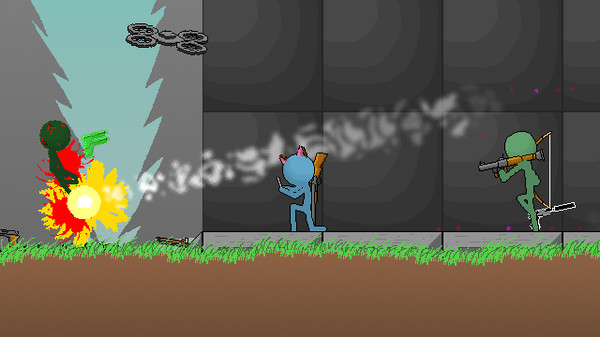 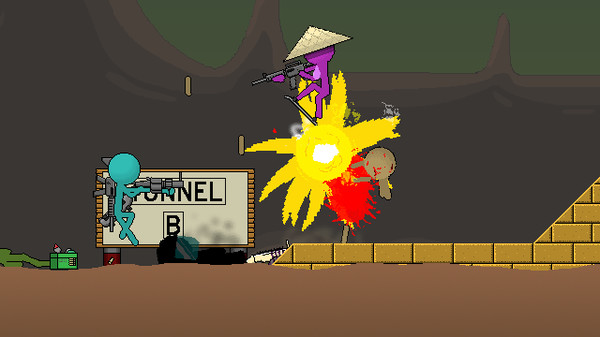 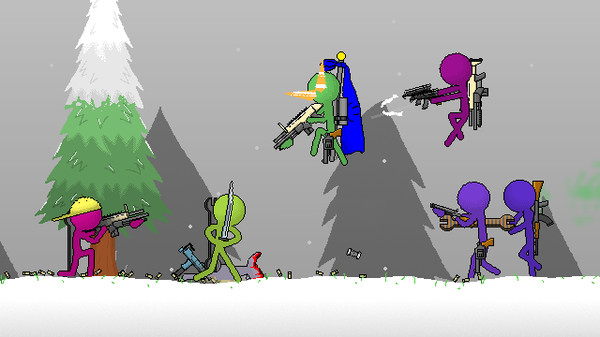 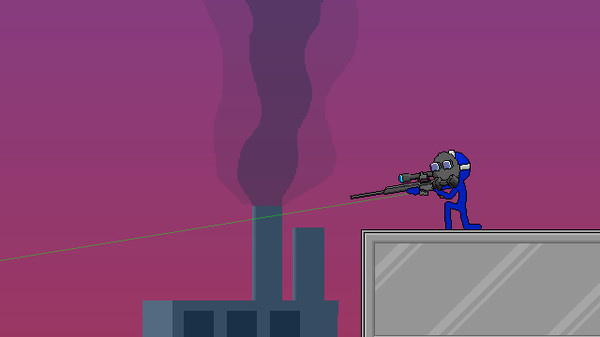 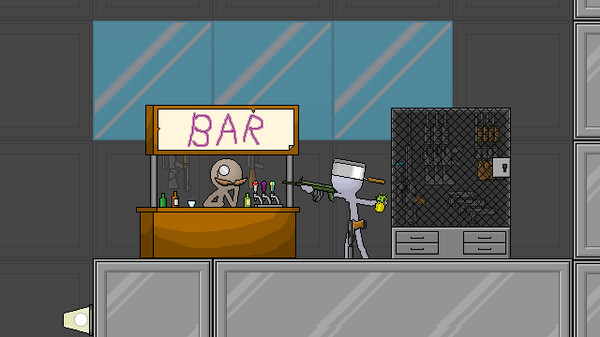