Wonderful Everyday Down the Rabbit-Hole (Steam)

Winner in the Best Story category of the 2010 Moe Game Awards, Wonderful Everyday is a beloved visual novel with multiple routes, written by SCA-DI and featuring artwork from Kagome, Motoyone, Suzuri, and karory.
For this international release the visuals of the game have been upgraded to a higher resolution (keeping the same aspect ratio of the original) in order to deliver a more intense and captivating experience from this visual novel masterpiece.

Story:
"Down the Rabbit-Hole" - a story of the sky and the world.

One day, Minakami Yuki witnesses a stuffed toy falling through the air.
Battered and worn, how many times has this doll fluttered downwards, released as an attempted offering to the sky?
An offering to the sky - a way to find the "day we return to the sky"; a ritual passed down in this town since times gone by.
Those efforts shall come to fruition in the place where the girls of earth and sky meet.

Vega and Altair, Orihime and Hikoboshi, two points of light separated by the vast Milky Way.
Together with Deneb, crown of the Northern Cross, they make up the Summer Triangle.
Evoking the concept of the Trinity, this formation is also known as the "heavenly triangle".
When this heavenly triangle shines overhead, the world and the sky will meet.

Takashima Zakuro, Wakatsuki Kagami, and Wakatsuki Tsukasa, and our heroine Minakami Yuki set off on the search of that place where the points of the divine triangle cross, where world and sky join together.

"Down the Rabbit-Hole" Main Characters 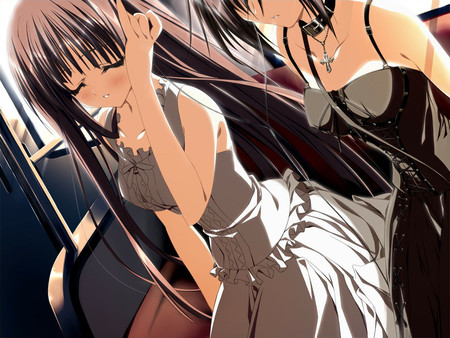 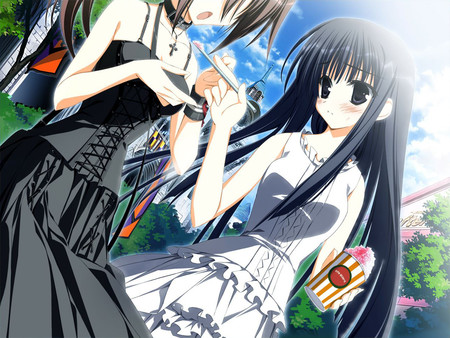 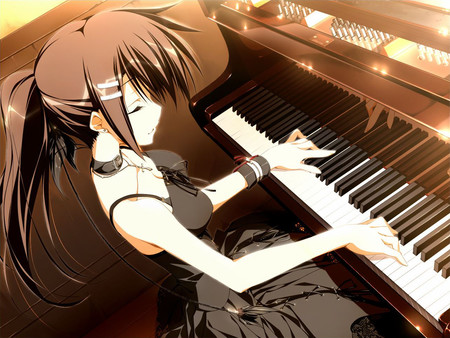 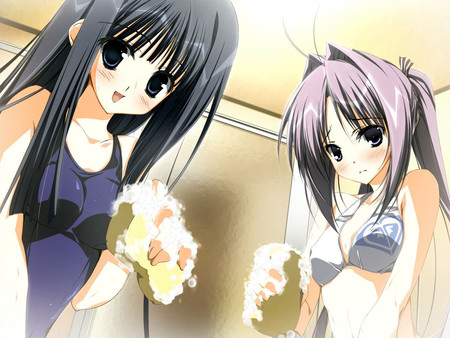 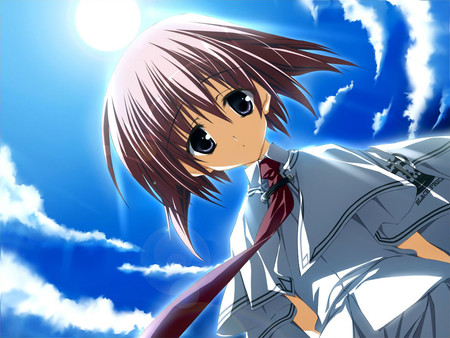 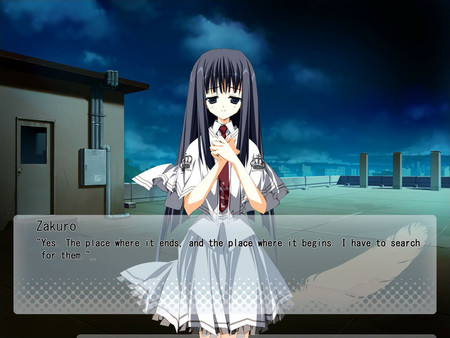 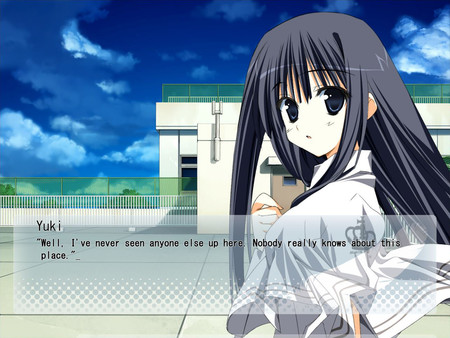 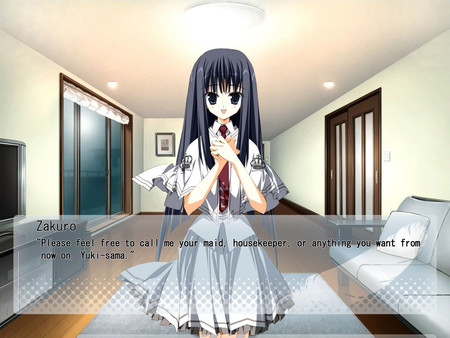 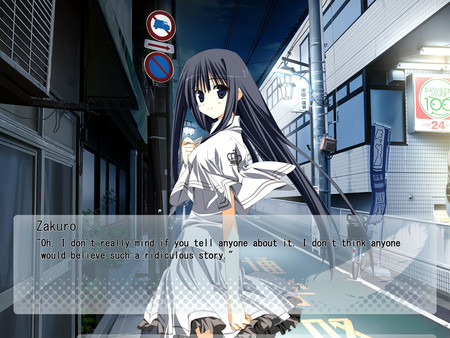 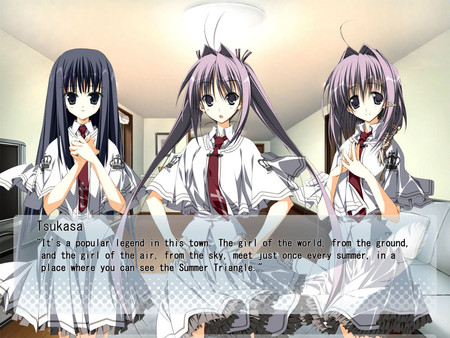 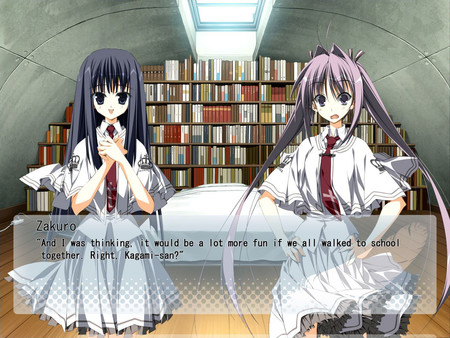 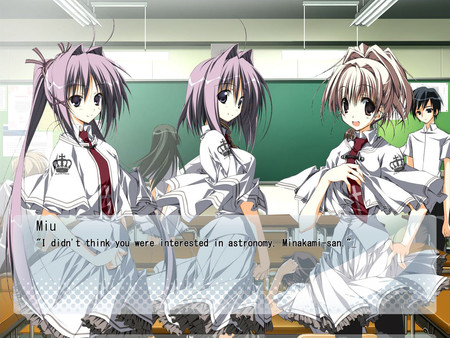 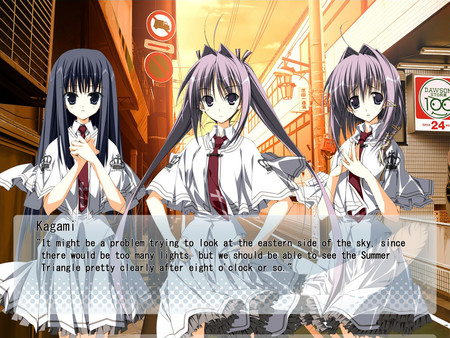