Naval Action is a hardcore, realistic, and beautifully detailed naval combat game immersing players into the experience of the most beautiful period of naval history - when sailing ships ruled the seas. No game has come closer to the replication of the Age of Sail sailing mechanics and combat. Naval action was named one of the best releases from early access in 2019 by Steam and Steam community.Here is what you can expect:Beautiful ships – We have been painstakingly recreating the beautiful ships of the Age of sail period. Accurate hull models, sail plans, guns, internal upgrades, historical speed trials were used in the creation of vessels. The game features 50+ ships from small cutters to large 100+ gun 1st rates allowing the player to experience every possible role of that era.Conquest and PVP ActivitiesFight on War Server – Fight for the domination of the West Indies, recreated based on 18th Century maps and navigational charts. Build ships, trade, attack enemies of your nation almost everywhere and capture their ships. Open trading outposts and levy taxes in the ports governed by your clan. Invest to turn your controlled ports into industrial hubs, shipbuilding arsenals or fortified harbours. Invite other clans of your nation into your alliance.Built for PVPAge of sail combat is a personal affair with no dirty tricks, corner camping, or hiding in bushes: you see the enemy from 20km and so do they. Just like in boxing you have to get close; and use all your tactical knowledge of wind, your ship to slug it out face to face. Broadside weight matters, but even a smaller vessel can overcome the superior enemy by focusing on the enemy weak spots.Absolutely no hackers.Hacking is a killer of fun in PVP games. From the start we have build the tech around one main goal - complete elimination of hacking from PVP. We are very proud to say that we have succeeded. Naval Action is one of the few games where hacking is made impossible by design. Every battle action is calculated on the servers, even water and wave shapes. Yes - you have heard it right: there is a special server that calculates and replicates waves to all users in battle. When fighting in Naval action you can be sure you are only facing skills and ship fittings.Other activitiesRelax on Peace Server - All nations are at peace and players cannot attack each other in Peace servers. There are no port battles and conquest, piracy or privateering. All ships can be captured from the NPCs. Peace servers are perfect for friendly peaceful gameplay.Tutorials – In-game tutorials and exams help you to grasp the basics and the subtleties of gunnery and maneuvering. Passing the final naval combat exam grants you the rank of Master and Commander, together with a frigate and other rewards to start your adventures in the West Indies.Admiralty missions – Accomplish missions for your Admiralty to earn doubloons, combat medals and reward chests. Deliver cargo or passengers, hunt specific ships, join patrol zones battles and sink as many ships as you can.Trading and privateering – Buy trading goods at low prices, haul them to distant places for high profits. Board ships and sell them and their cargo at nearby ports. Use shallow waters at your advantage to escape from larger ships.Shipbuilding and manufacturing - Build ships, upgrades and cannons, supply your clans or your nation or set up shops in free towns to sell to your enemies. FeaturesRealistic sailing – Advanced wind and physics model provides for realistic portrayal of ship’s performance in the age of sail. Yard angles, ship angle to wind, fittings and ship condition affects speeds and turning rates. Correct tacking, boxhauling, clubhauling and other elements of realistic sailing will help you win battles in most adverse conditions. Gunnery and weapons – Major types of naval artillery are implemented: from long guns to mortars to carronades and obusiers. Fort and land batteries will provide you with support during battles near shores. Mortar vessels can destroy fortifications, though they may require an escort. Each gun has realistic ballistics and penetration performance based on historical gun charts and admiralty tests.. Heel and wind affects the shooting distance and will require a change in tactics. Damage model – Every cannonball is tracked in the air and after it hits the target. Leaks, structural damage, torn sails, demasting, raking, fires, explosions and all other hazards that were possible in that era. Damage is positional: hit the gun and you might destroy it. Gunnery crews are placed deck by deck. Shot can pass through the balcony, ricochet of the gun, hit a crew member and then fly out of the gunport splashing into the water. Armor thickness and wood types affect strength of the hull and cannonballs will ricochet from the hulls at extreme angles. Customization – Choose economy and battle perks as you progress through higher ranks. Find knowledge books in enemy vessels and build upgrades to improve the performance of your ship. Loot or craft the shipbuilding woods that fit the characteristics you want to give to your future ship. Woods used for crafting of upgrades and equipment 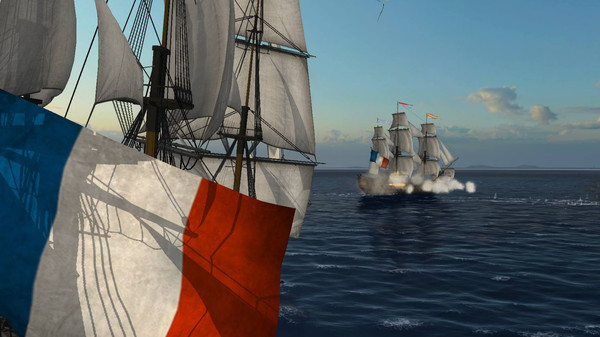 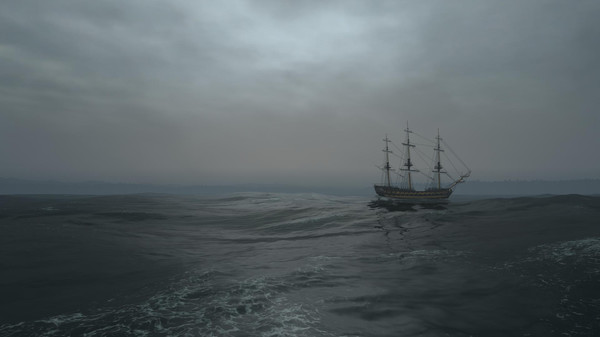 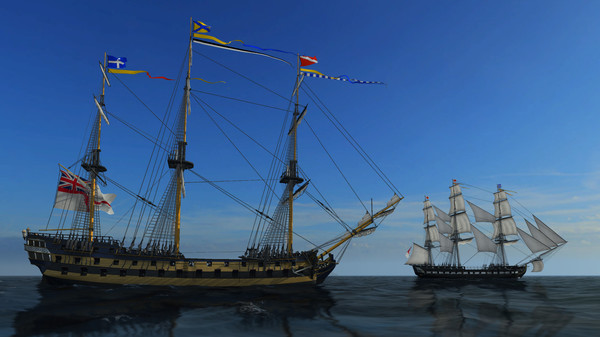 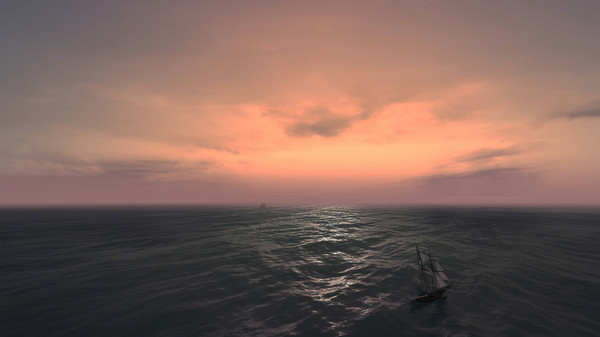 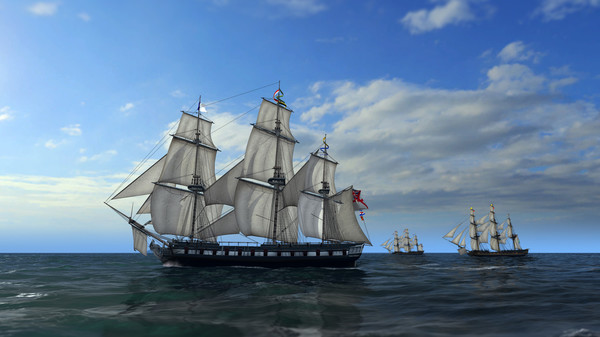