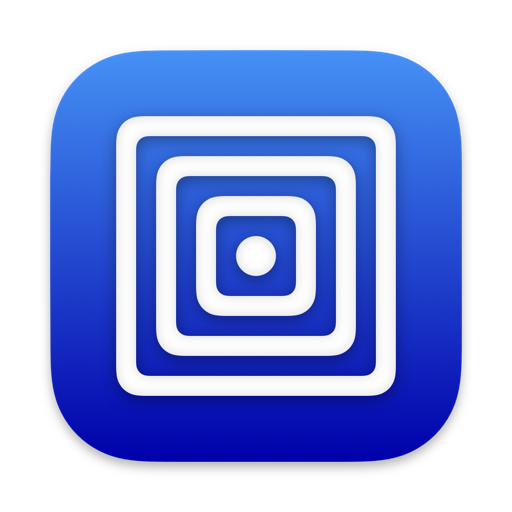 UTM uses the popular QEMU system emulator securely in a sandboxed environment to protect your data from viruses and malware in the emulated operating system.

Designed for macOS Big Sur using the latest and greatest Apple technologies, UTM is built from the ground up with the Mac in mind.

- Run ARM64 operating systems such as Windows for ARM and Ubuntu ARM on your Apple Silicon Mac fully virtualized at near native speeds (*virtualization only available for Apple Silicon Macs)
- Run Intel/AMD operating system such as Windows 7, Windows XP, Ubuntu Linux, and more on your Apple Silicon Mac (*emulated with limited performance on Apple Silicon Macs, fully virtualized on Intel Macs)
- Over 30 processors can be emulated by the QEMU backend including i386, x64, ARM32, ARM64, MIPS, PPC, and RISC-V for developers and enthusiasts
- Supports macOS Sandbox to protect your data from any viruses or malware infecting the emulated operating system (such as Windows)
- Attach USB devices to your virtual machine
- Experimental: GPU accelerated OpenGL on Linux VMs
- Bridged and shared networking support
- Don't know how to use QEMU? Confused at all the options QEMU provides? UTM provides an easy to understand UI for managing and configuring VMs that does not require knowledge of QEMU command line arguments

We are working hard to provide new features. Below are some things currently missing from UTM. We hope to support at least some of these features in the future.

- No direct mounting of external disks and drives, only mounting disk images is supported
- No drag & drop of files and data, only copy paste of text is supported with tools installed 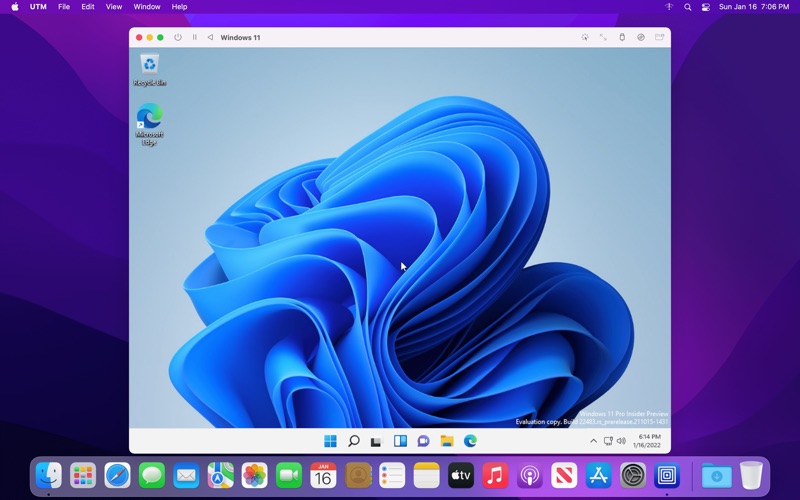 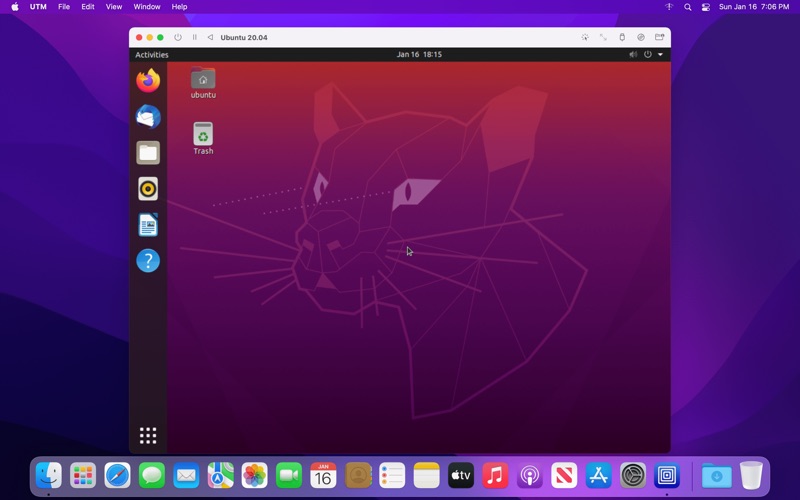 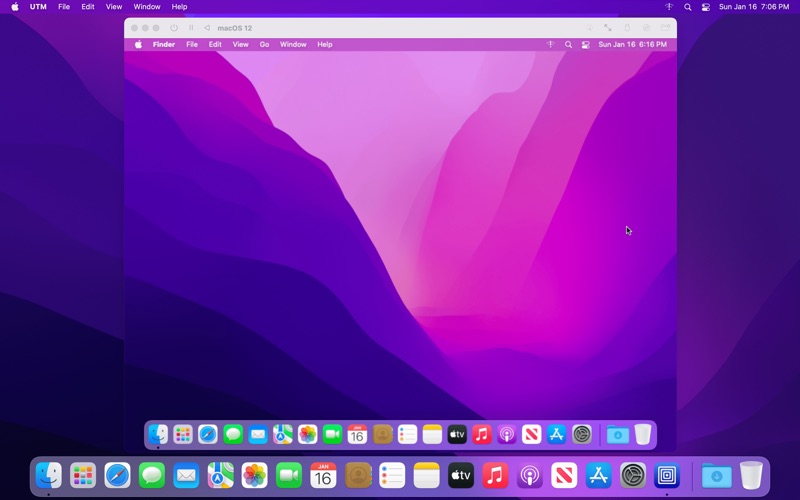 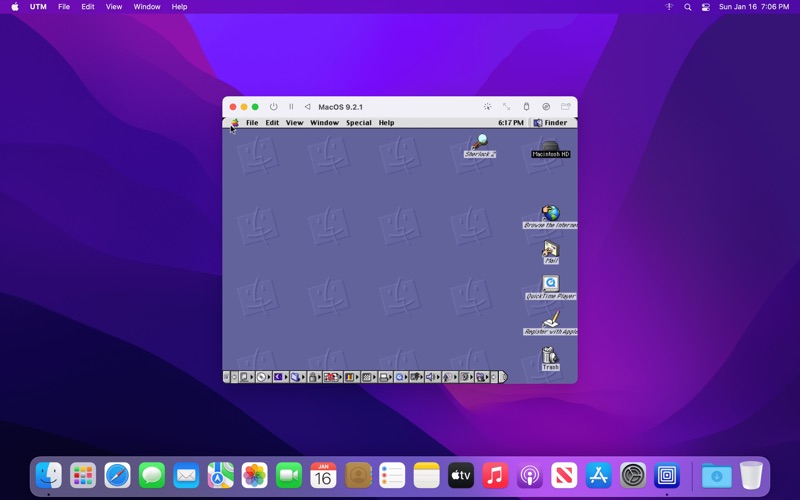 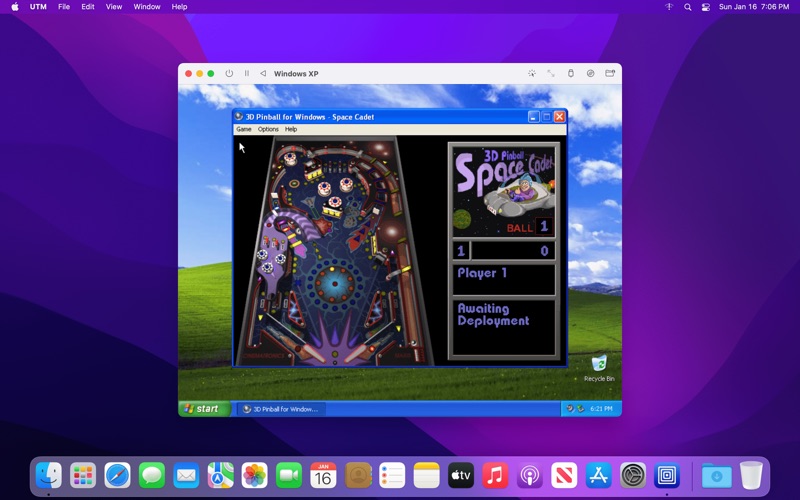 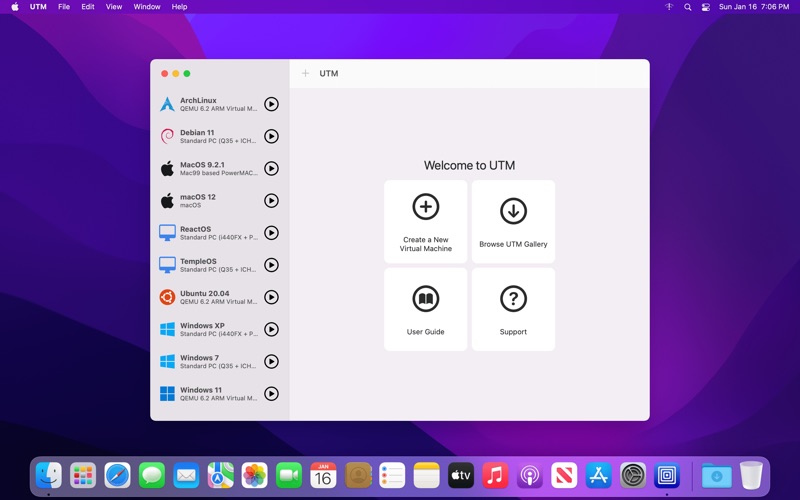 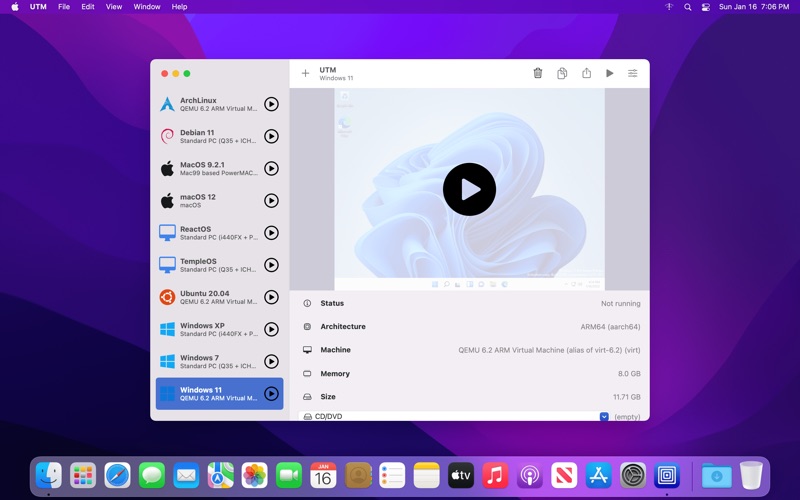 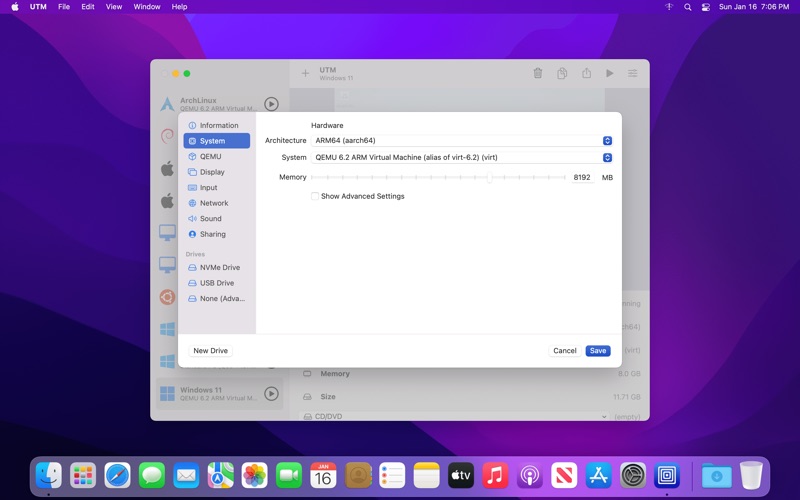