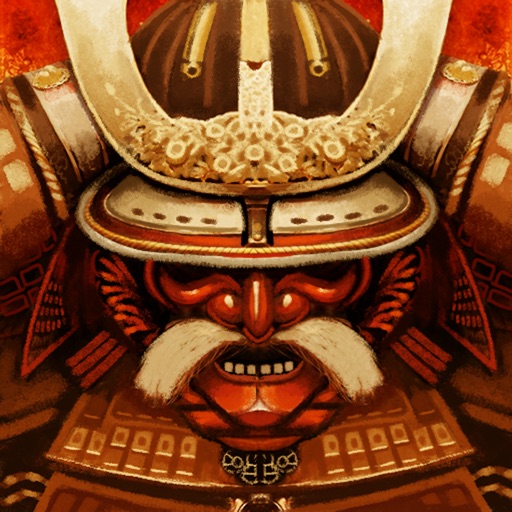 “This high-quality production dramatically streamlines the RTS genre for mobile play, while making sure it's packed with enough tactical depth to make its many skirmishes tense and exciting”
PocketGamer.com – 90% Gold Award

“Total War Battles is a surprisingly beautiful and engaging mix of war gaming and puzzles.”
Slide To Play – 4/4

1. COMPETE FOR THE SUPREMACY OF MEDIEVAL JAPAN
Lead your clan to battle through more than 10 hours of story-driven campaign set in the world of Total War: SHOGUN 2; winner of “Best Strategy Game of 2011” awards from Gamespot, IGN, Gamespy and GameTrailers.

2. BUILD YOUR ECONOMY
Deploy and manage your bases to generate resources and recruit units including samurai, archers, ninjas and cavalry. Each victory awards XP to spend on building and troop upgrades that could make a decisive difference to your future battles.

3. A UNIQUE TAKE ON REAL-TIME BATTLES
Total War Battles introduces a new real-time battle system that feels both familiar and fresh. The hex battle maps allow for natural unit movements and deep strategy. However, as followers of the “Bushido” code of conduct, your units can never turn back – this twist to classic RTS gameplay adds tension and intensity to the action, making each victory even more rewarding.

4. DESIGNED FOR TOUCHSCREENS
Introducing an interface designed specifically for touchscreens – drag and drop buildings and troops, swipe across the battle map with a flick, and pinch to zoom in and out.

5. 1Vs1 LOCAL MULTIPLAYER
Play against a friend in real-time on a single device in three different multiplayer modes.

6. SKIRMISH MODE
Play through six standalone battles in Normal, Hard or Shogun difficulty. Compete against other players on the leaderboards and unlock new Skirmish achievements.

7. STRATEGY FOR ALL
Total War fans will naturally enjoy the intense, deep and rewarding action-strategy gameplay, while more casual strategy fans will appreciate the Zen simplicity of the opening tutorial battles, scalable difficulty level and hint system that will soon make them a tactical master.

8. UNIVERSAL APP
This iOS app is designed to scale its appearance for iPhone, iPod Touch and iPad, which means Total War Battles takes complete advantage of the iOS device that it's installed on. 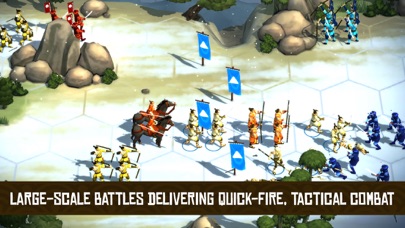 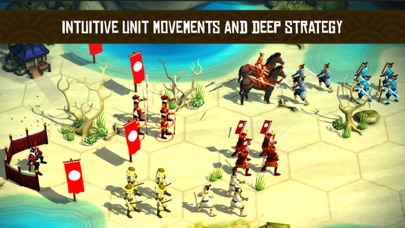 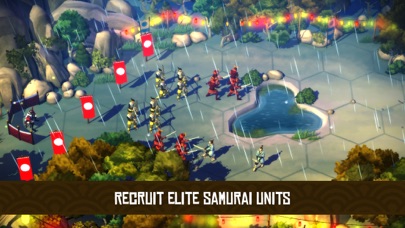 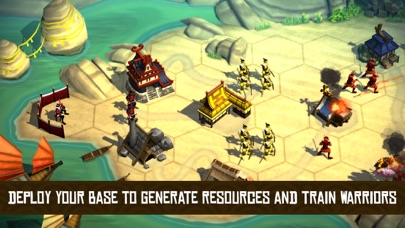 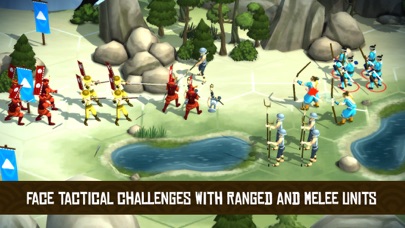